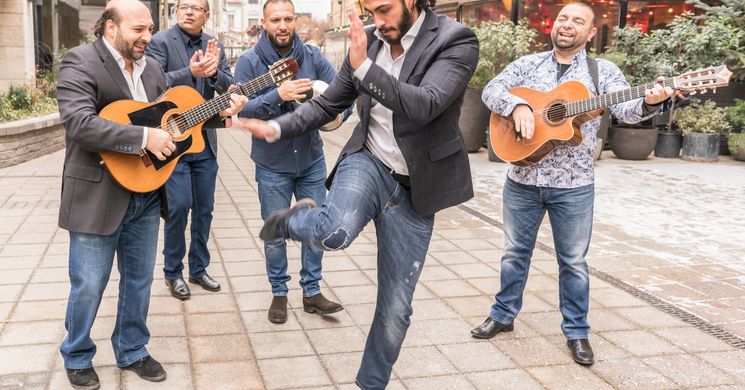 Romano Drom is one of the most renowned Vlach Roma groups of Central Europe.

Founded in 1998, the group has performed some 500 concerts in around thirty countries. They released seven albums, all of which reflect their constant desire to popularize local folklore whilst mixing it with other cultures as it makes its own way in the vast melting pot of contemporary world music.

Their success lies in their unique fusion music in which Antal Kovács (founder and composer of Romano Drom) combines the centuries-old musical culture with Catalan rumba, Arabic, Balkan and even pop rhythms. In his musical arrangements, he uses guitar, bass, as well as the traditional pot and spoon in order to achieve a unique and captivating sound.

Their music proudly carries on the traditions of their predecessors while tapping into a contemporary sub-consciousness. Through this modern bridge they can successfully convey the ancient energy even to those who have not been touched by this culture before. 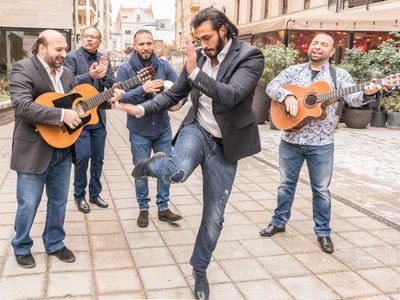