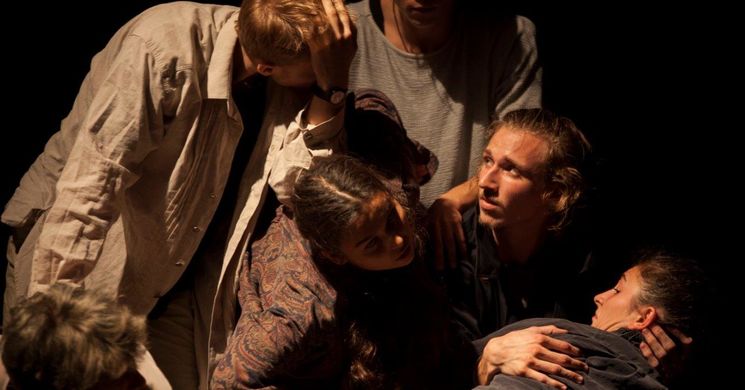 Chorus was the winning project of the 2016 Cultural Euro call.

The performance Chorus received the Gibanica 2019 Prize for the best performance by the audience choice.

The creators of the performance Chorus are interested in dance as a transgressive gesture, which can overcome the standardised and real, for movement focuses on relations and thus always takes place between bodies, which offers extremely fertile grounds for political emancipation.

“Dance is always placed in between – into the condition for community. It does not have its own position; it is a gift we receive without acceptance, a gift we give without giving. We can coexist only in between, in the empty spaces, in the black holes, in our constant misunderstandings which establish reality. We can only become one through difference,” they say. They understand the tragic chorus, from which the words chorêgos (the bourgeoisie who organises and pays the choir) and choreographer emerged, as a manifestation of various aspects of the public, laws and morals that gives the rhetoric voice of information and social commentary.

“Our chorus remains silent. There are way too many events and concepts for us to address. Chorus distances itself from the human world, it re-enters the pre-tragic form in order to touch upon something that cannot be passed on.” Chorus also addresses something which can in its purest form be addressed merely by the word: Absence.

Žigan Krajnčan (1995) is a choreographer, dancer and performer, who actively performed in various projects by Slovenian choreographers, musicians and director since his elementary and high school days, as well as later on. Among other thing, he collaborated as a movement advisor with Academy of Theatre, Radio, Film and Television, Ljubljana City Theatre and Slovene National Theatre Drama Ljubljana. Gašper Kunšek (1997) began his dancing career at 4 and has since had numerous successful performances in competitions both in Slovenia and abroad. Later, he came across music, contemporary dance, interdisciplinary projects, street performances, dance duels, and since he was 13, he has been developing his artistic expression in cooperation with Žigan Krajnčan. Together, they are performing around the world with their original duet Alien Express, created in 2016, and in 2017, they co‑created original project Chorus together with Jan Krmelj. Also in 2017, Žigan and Gašper won the Ksenija Hribar Award for promising dancers, and in 2018, they opened dance and movement school Scena. 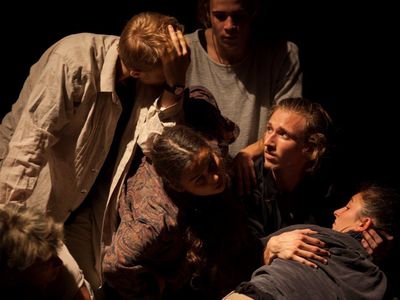 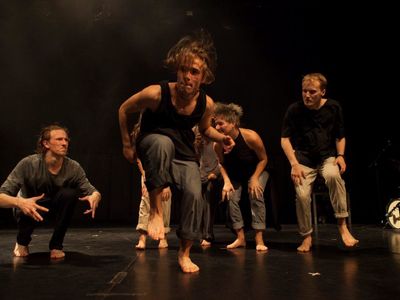 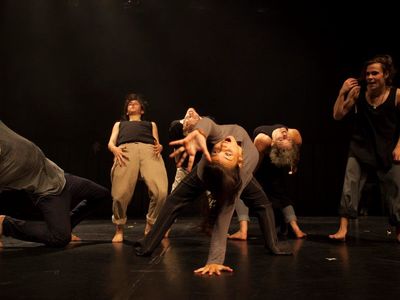