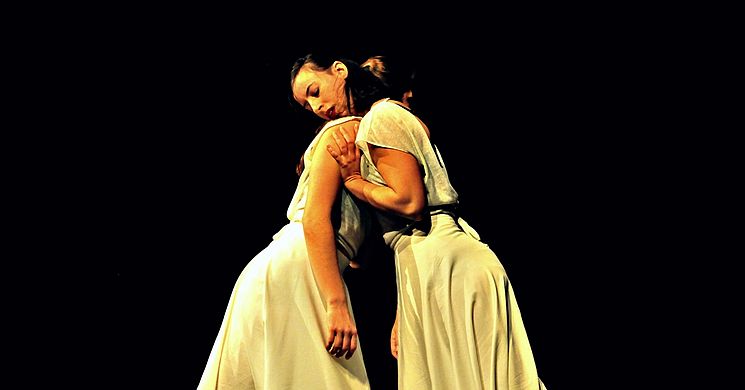 Wordless, with her roots anchored deep in the soil, her only company being the wind, whispering about foreign places. About a dream you can hardly imagine, swishing through thin branches and shivering leaves. The birch is a tree of a faraway promise, forever young and agile, but infinitely grieving. She offers consolation in solitude, softens the edges, and melts the boundaries between the sky and the earth.

She is one – and all. Micro connections and shared consciousness. Forgetting all memories, having no expectations, this is not a story, it is only a flash of now and here, or never and nowhere.

Sailing stones are a geological phenomenon where rocks inexplicably move and leave long tracks along deserted landscapes. The trails they leave behind differ in both direction and length. The rocks, weighing several kilograms, move on their own or simultaneously in groups. The sailing stones phenomenon has been studied for over a century; however, the mystery of the moving rocks remains unresolved.

The performance brings together three young choreographers: Monja Lorenčič, April Veselko, and Maja Lamovšek, whose specific choreographic approaches have broken down the theme of the performance in three parts: Time, Dark Clouds, and I Move, Therefore I Am.

Loop the question until you get the answer.

The project presents an interplay of pre-structured compositions and the search for authentic artistry of movement, performed by three diverse movers and inspired by the compositions of Karlheinz Stockahusen.

We loop inside our mental patterns – fearing we might come up with something new. The closed system of a dance academy pushed the author of the project to ask herself about her freedom (as a mover as well as a person) and to address the question of how much the systems around us block us in our endeavours.

Do we want to loop on the same spot or can we step out of the loops, patterns, and systems, and recognise the connections? 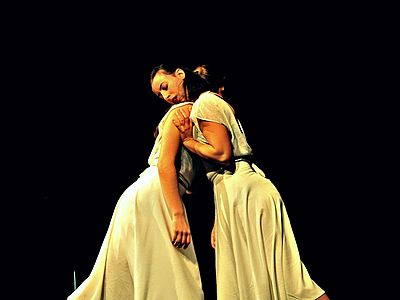 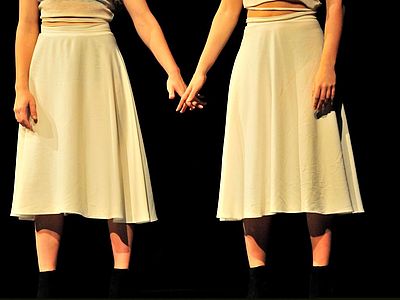 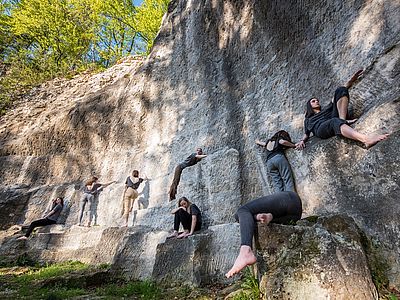 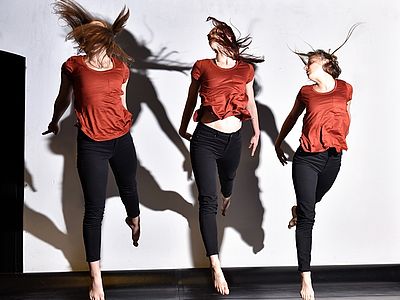