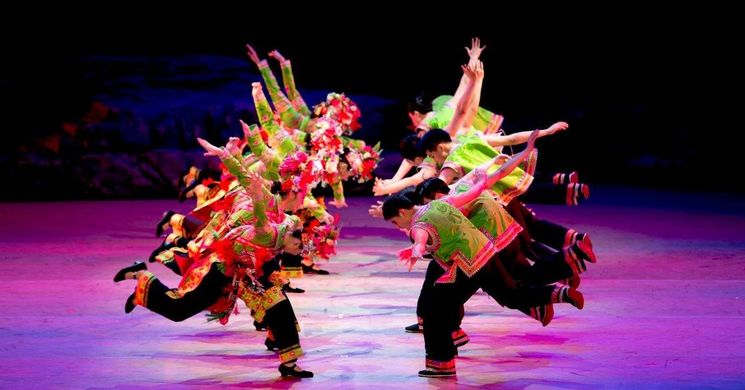 Folkart, which captured the hearts of the people of Maribor a long time ago and made us all rightfully proud of it, has entered its thirty-first year in existence with a bold, happy and optimistic attitude!

Last year, the Maribor Folkart, the largest Slovenian folklore celebration, marked 30 consecutive years in existence – three decades’ worth of celebrating intangible cultural world heritage. Folkart placed the city of Maribor at the centre of the European folklore map and made it into one of the most prominent folklore cities on a global scale.

To mark this impressive anniversary, we dubbed the festival the “Window into the World” and a more apt description could not be bestowed upon it; this window of ours that invites us all to learn and feel new experiences has been swung open once more.

Folkart, which captured the hearts of the people of Maribor a long time ago and made us all rightfully proud of it, has entered its thirty-first year in existence with a bold, happy and optimistic attitude! It calls to all people with a free spirit and open heart who wish to see beyond their immediate horizon.

In June, our city will welcome the most prominent folklore groups from Europe and other, more remote continents. Get ready for the feisty Irish and their dance steps that inspired some of the most famous dance shows; we will be able to experience the softness and pride of Macedonia and the fiery vivacity of the Ukraine. We will marvel at the mysterious culture of the Mayans and Inca from Mexico and embark on an exotic journey to the Guam Islands. Folkart will also look into the eyes of the faraway and mystic land of China and set its sights on the untamed Russian ancestors from Bashkortostan (Bashkiria) hailing from the Western edge of the Urals.

Rounding up this diverse and colourful group from all parts of the globe will be Slovenia, most notably our fellow Mariborians, the Academic Folklore Group Študent.

And so, our world-renowned International CIOFF® folklore festival Folkart will once again clothe our city in the beautiful and diverse colours of cultures from all over the world!

They hail from Ufa, the capital of this autonomous republic of the Russian Federation situated between the Volga River and the Ural Mountain. Bashkortostan is bordering on various other republics, with the most known being the Republic of Udmurtia and the Republic of Tatarstan.

As is the case with many other countries nested in the massive Russian wastelands, Bashkortostan is a land of contrasts. The Bashkir are a Muslim people of Turkish origin. They were known as shepherds and nomads, who led their flocks of sheep and herds of cattle, horses and camels along carved migration paths. The ancient way of life, the contrasts, and constant change greatly influenced the culture of the nation.

Aside from appearing at home and abroad, members of the ensemble devote plenty of their time to research. They collect and adapt lesser known folk songs and dances, and attempt to revive ancient customs of their people. The ensemble’s repertoire is rich and diverse, featuring Bashkir and Tatar folk dances and songs, as well as the traditional heritage from various parts of the Russian Federation. A professional attitude, youth, charm, energy and passion, and colourful folk attire – with all this and more the ensemble are at the centre of attention and affection wherever they appear.

The “Aytugan” ensemble have become a staple of numerous local and international festivals. This is the first time the Bashkir are coming to Maribor.

The Academy, known as the “cradle of dance”, was founded in 1954. Its predecessor, the Beijing Dance School, was the first professional dance school in the People’s Republic of China. The Department of Ethnic Studies and Traditional Dance is one of the leading programmes in China, both in terms of quality and its unique curriculum. The main aim of the programme is to preserve and transfer the Chinese folk dance art to younger generations. The Academy focuses heavily on research, development and modern approach.

China is a vast land, home to numerous minorities, each with their own culture, language, beliefs and customs. It is the most heavily populated country in the world with nearly 1.5 billion people. When thinking of China, we immediately think of nearly 5,000 years of history and ancient culture, the once-ruling dynasties, deeply-rooted tradition, and progress that brings swift change to this traditional image. Despite the progress, respect for cultural heritage is omnipresent; it can be seen in the way of life, in rituals, mode of speech and thought.

The area around the Yellow River is the cradle of Chinese civilization. The excellent artists from the Beijing Dance Academy will bring part of this mysterious and remote world to Maribor with their dances and colourful and finely-woven costumes.

We’ve been trying to bring world-class Chinese folk dance heritage to Maribor for years. We are therefore all the more proud and glad that, for the first ever, for the first time since Maribor Folkart first saw the light of day, we will host live on stage the members of one of the most prestigious and world-renowned traditional Chinese institutions. This great honour is the result of our direct cooperation with the Ministry of Culture and Tourism of the People’s Republic of China as part of a project to promote cooperation through culture – CEEC (Central Eastern European Countries). Definitely one of the highlights of Folkart.

The group was founded in 2002 in the Mexican capital by choreographers Raquel Barroso Pérez and José Alfredo Soní Perusquía. They’ve received nothing but praise ever since their establishment.

As the homeland of several Indian civilizations such as the Mayans and Aztecs, Mexico saw a fair share of colonial conflicts, which were later followed by clashes with American and French forces as well as bouts of bloody revolution, all of which left a deep mark on their folk heritage.

Music and dance are a way of Mexican life. Spanish tradition is the most obvious and strongest influence, even though several dances are preserved even from before the Spanish times, which is partly owed to early Christian missionaries who encouraged the indigenous peoples to perform their dances to honour and celebrate their new god.

The numerous public events have a special place in the lives of Mexicans. The characteristic Mexican mariachi bands, consisting of violin, trumpet and guitar, can be heard practically at any time of day in the greater part of Mexico, particularly so during various religious celebrations, which are always accompanied by great processions and music. They also preserved indigenous ritual dances, with valador being one of the most famous. While the rise of tourism led to the authentic culture being somewhat forgotten, it did contribute, on the other hand, to many traditional folk expressions being able to survive at all.

On their quest from one world festival to another, the folk dance group from Mexico showcases the multi-layered traditional culture. They preserve the heritage of both the Mayans and Aztecs, as well as the better known Mexican dance tradition accompanied by the music of the mariachi.

The group are bringing to Maribor a large and energetic group and their colourful performance will be a perfect supplement to the Folkart stage. 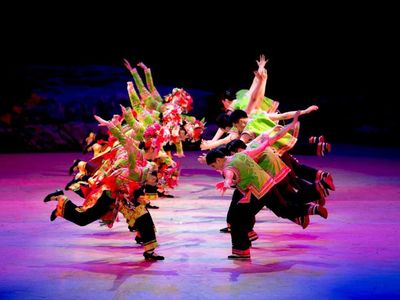 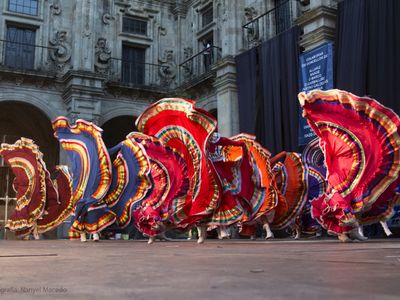 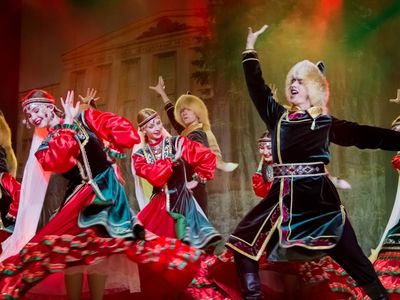