His gigs are a Russian roulette for all of us in the stands – you never know when the hammer is going to drop and who the target will be. 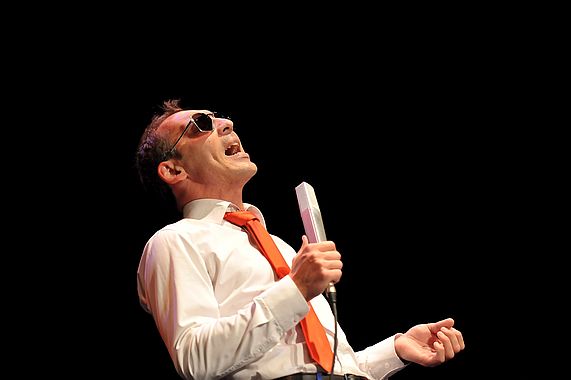 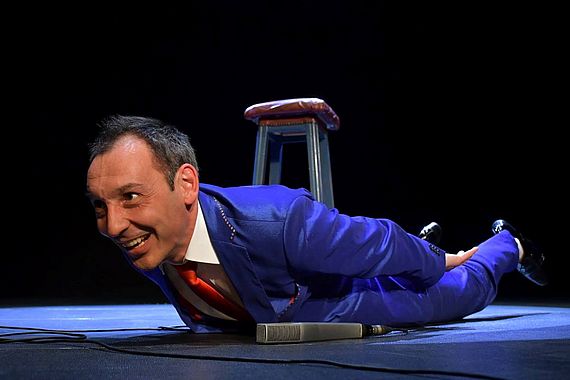 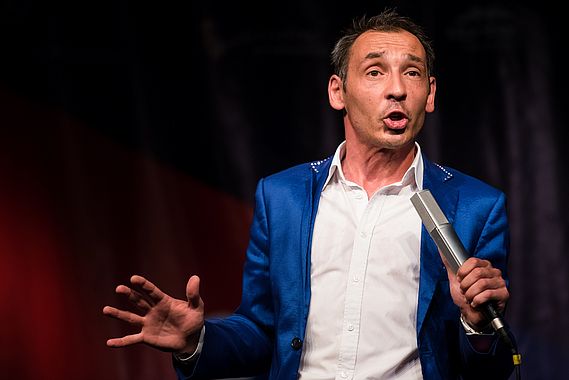 We all embrace his one-of-a-kind sense of humour (original Ptuj style) with open arms – it is a style of humour as sharp as a blade and as a colourful as a rainbow, alternating between romantic irony and shameless cynicism; all while building on the simplicity and banality of human essence …  Toš uses his shows to mock and make fun of even the most serious life situations. He says this is one of the ways to fend off the automation and senseless robotization of life.

He cannot wait to get on stage.

What exactly is a freestyle comedy show?

It’s a gig where a large chunk of the programme is created from scratch while interacting with the audience. It’s a gig where context gives birth to lines spoken on stage.
Where good mood leads the way to good atmosphere.
A good atmosphere makes us relax.
When we relax, we can be spontaneous – and laughter burst out in the open.
Humour is free to flow through thought and word.

Oh, and a friendly bit of advice: leave your kids at home.