JAZZLENT: A refined selection for a refined taste

JazzLent caters to audiences with a refined music taste who know how to enjoy critically-acclaimed and renowned artists, but also do not shy away from expanding their jazz horizons. 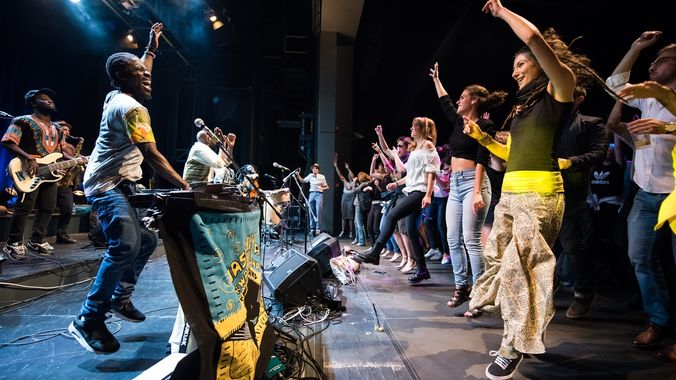 Artists who fall in the latter group are definitely the Bodhisattwa Trio, who made a name for themselves in recent years with the best-selling indie album in India that the Indian version of the Rolling Stone ranked among the top-ten best album of 2016, which is a remarkable feat in a country with 1.5 billion inhabitants. Their music is a spontaneous fusion of jazz and rock, topped with a mixture of Indian traditional music and contemporary drum’n’bass. With their guitar technique and highly-inventive fusion of jazz and rock, they evoke memories of Joe Satriano and other guitar gods. (24 June, 22.00)

In the renowned artists group, keep an eye out for the legendary jazz pianist Joachim Kühn. The artist, who is known as one of the most prominent members of the avant-garde scene of Paris, Los Angeles, New York and Hamburg, is famous for his excellent collabs with some of the greatest jazz soloists. In Maribor, appearing alongside him will be the giant of the Arab lute Rabih Abou-Khalil, who pays homage to his mystical instrument, which has the ability to create a virtual richness of lyrical expression, not only with his excellent play, but also by being an amazing composer. This has earned him a fair share of very prolific collabs with music greats such as Jo-Jo Ma and the Kronos Quartet. At JazzLent, he will be presenting his project that is based on the album Journey to the Centre of an Egg (Enja Records), which critics describe as a sensitive and refined journey into (new) jazz lands. A concert for connoisseurs! (27 June, 22.00)

The stereotype that a jazz stage cannot act as a party venue will be dispelled by the Garifuna Collective from Belize, whose high-octane musical energy is fuelled by fusing the hundreds-of-years-old musical tradition of the Garifuna people and female singers Umalali with contemporary dance rhythms and spicing it up with a rarely before seen passion. A perfect recipe for one of the best Afro-Caribbean parties that will have everyone on their feet. (28 June, 22.00) 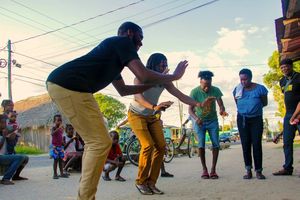 JazzLent will not go by without a sprinkle of stardust, strewn about by two world-class artists; the Nigerian guitar superstar Bombino (26 June, 22.00), whom critics from the likes of the Rolling Stone and the New York Times call the “best guitar player of all times”, and who announced his arrival to the jazz major leagues by earning a Grammy award nomination, and the American prince of soul José James, who dazzles with his unique mixture of jazz, r’n’b and hip-hop. He’s the darling of crowds at prestigious jazz clubs, concert venues and festivals across the globe, and equally deified by the critics. His latest album, which the JazzLent audience will be given an exclusive presentation of, is among the best-selling releases of the legendary Blue Note record label. The album features Jose taking a unique yet still respectful approach towards songs by the legendary Bill Withers, one of the greatest American soul singers. Don’t miss this exclusive Slovenian concert and a chance to hear some of the most unforgettable songs such as Lean on me, Ain't no sunshine and Use me (29 June, 22.00). 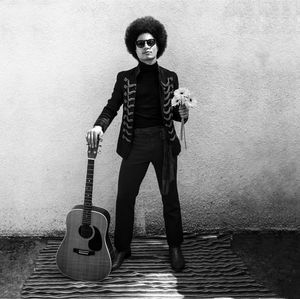