As diverse and colourful as its visual identity! 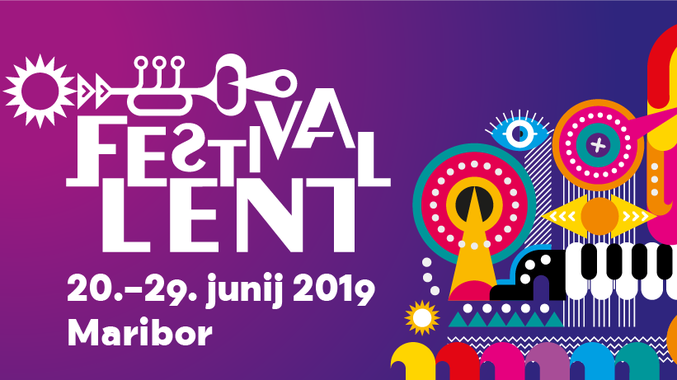 Download the full festival programme in a handy chart (.pdf format) or visit our Programme tab to browse our day-by-day programme.

Festival Lent will waste no time at all; get ready for an explosive concert experience on the very first day of the festival – on 20 June, the Leon Štukelj Square will be shaken down to its very foundations by the Balkan blast that are Dubioza kolektiv. The most dynamic, most fun, most out-of-this-world happy music machine from the Wild Wild East that feels right at home even on top of global music charts will provide that typical Lent-powered positive energy Festival Lent is known for since its beginning. 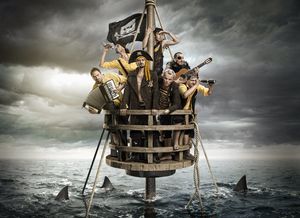 A star is about to shine on the last day of the festival, 29 June, as none other than the American prince of soul, José James, one of the hottest stars of the world-famous New York record label Blue Note and a performer the greatest jazz festivals in the world are dying to host, is about to grace the festival with his presence. Oh, did we mention that Maribor made it onto his list of stops on his European tour, in which he is scheduled to appear in major European jazz capitals such as Paris, Vienna, Copenhagen and Montreaux? Here in Maribor you will be able to witness this unique performance in the intimate atmosphere of the Minorite Monastery that will once again host the JazzLent. 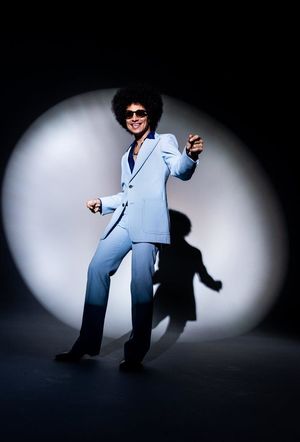 Another big name is coming to JazzLent:  Grammy award nominee Nigerian guitarist Bombino, whom a New York Times critic, who is notoriously short on praise, dubbed “the greatest guitar player of all times”! This Tuareg virtuoso who got Lent-goers to their feet four years ago now returns as a global superstar, even better, more mature, yet with the same punching energy and deep lyricism that impress even the most demanding critics as well as crowds at the most famous jazz venues.

Electro music fans can look forward to 28 June when the Leon Štukelj Square will host the father of Slovenian electronic music Umek, one of the most successful (if not the most successful) Slovenian artists currently present on the global music map. Another performer scheduled to appear at Leon Štukelj Square has made that global leap – the legendary Magnifico (24 June). And speaking of local talent, let’s mention one more. Ballet lovers will once again be able to enjoy a world-class act, the dance performance Hora – Cantata, created by Mauro Bignozzeti (Cantata) and Edward Clug (Hora), one of the biggest names of the global dance scene and dance award nominee who was showered with standing ovations by even the most spoiled ballet fans in the world – Bolshoi theatre-goers. Leon Štukelj Square will host even more performances by artists who don’t need any further introduction, and who will surely appear before sold-out crowds – Gibonni(27 June), Parni Valjak (21 June) and Urban & 4 (26 June). 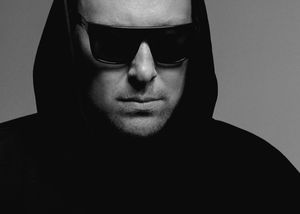 The Večer Stage that now joins two popular Lent venues (Večer and Jurček Stage) is about to serve a diverse mixture of genres as well. The joint stage will make evenings on the banks of the Drava River all the more intense: get ready for a double dose of concerts, first at 20.00 and again at 21.30. It may well happen that gigs by the likes of Happy Ol' McWeasel (29 June), Elvis Jackson (23 June), Zabranjeno pušenje (25 June) and Orleki, whose concert on 22 June will mark their thirtieth anniversary, will make the standing room of this venue on the Drava River too small for all the fans!

It will get intense on the Mladina Stage as well, where young, promising, not-yet-made but high-quality artists will be able to make their mark. The stage was moved to a new location this year – the homiest venue of the festival, the Small Stage of the National Hall.

The intimate atmosphere of the Judgement Towerwill once again cater to singers-songwriters and chansoniers. Keep an eye out for the concert of the First Lady of the Slovenian chanson Vita Mavrič (28 June). This truly remarkable venue will also serve as a late-night hideout for jam session-goers. Night owls will be able to meet their fellow birds at after-parties at Minoriti and the Wetrinsky Club, starting every evening at 23.45.

For all those who like a good laugh there’s a selection of the best comedies at the Nova KBM Stage – Minoriti (make sure you don’t miss the hit comedy Čakalnica – the Waiting Room – with Lado Bizovičar and Janez Hočevar Rifle on 22 June), and a literal who-is-who of stand-up comedy at the Vetrinj Mansion (Tadej Toš, back in action on 21 June).

Lovers of classical music are more than welcome at the Union Hall, home of the traditional Music Artists’ Salon, which will feature a diverse range of ensembles with local and international line-ups.

Families with children can spend a joyous and playful day at Art kamp in the Maribor city park, where they can enjoy concerts and performances at the Triglav Stage (every day at 10.00, 16.00 and 19.30) and join one of the many creative work-and-create-shops, or choose to spend an early evening at the Vetrinj Mansion enjoying puppet performances and plays for the youngest audiences. 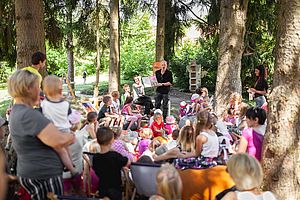 This year’s iteration of SladoLent, Festival Lent’s fine cuisine festival-within-a-festival, will once again host Slovenia’s top chefs, offering a wide selection of unique Slovenian gourmet creations. Unfortunately, the Ana Desetnica street theatre festival will not be able to make it to Festival Lent this year, but there will be no shortage of festival fever flowing on the streets and squares, courtesy of the excellent musicians and their performances as part of the concert cycle Attention! Music on the Road that was introduced last year and was very well received.

All this and more is Festival Lent 2019; a rich mosaic of rhythms and sounds, colours and tastes, which invites everyone out in the open! It is a warm and kind invitation to lead a fuller life, get together and create, explore and enjoy a living and breathing city. Accept the invitation. Live! Enjoy! Lent!

Download the full festival programme in a handy chart (.pdf format) or visit our Programme tab to browse our day-by-day programme.